Snow and moose and ducks

Finally finished the coop, and cleaned up the yard a bit. Just in time, because it snowed last night. We woke up to a pretty white blanket on the yard, and a couple of young bull moose skirting the edges of the property. They wanted in, you could see it, but James and Caesar and the improved moose fencing (psychological barriers of rags tied on twine across the drives and above the fence) kept them walking on. Mostly it was James making noise when they tried to come over the one weak place.

Here is a view inside the coop toward the south facing window, the vent is up high: 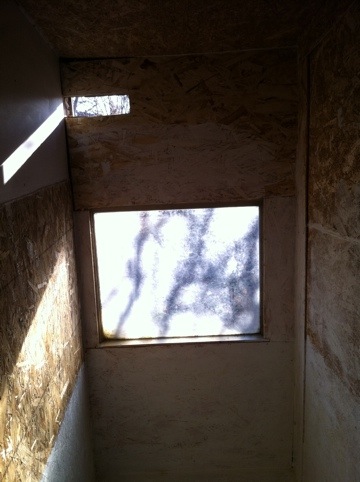 And here is a view to the chicken door to the north, we meant to paint it all white inside, but that was tedious! The OSB sheathing soaks up a lot!: 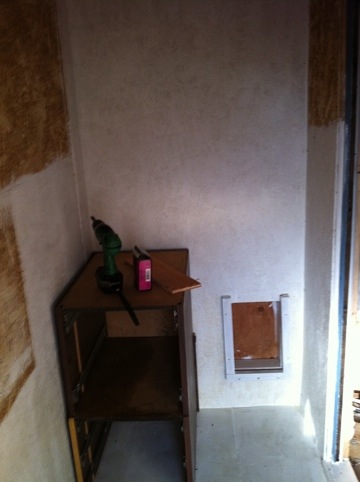 We did get the floor and lower couple feet polyurethaned for easier cleaning. Here is a view to the back of the shed and the open door to the coop: 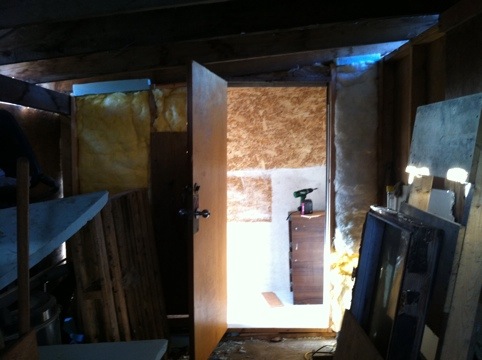 Still some work to be done to sheath the outside of that wall over the insulation. The coop is made of hoarded scraps and bound-for-the-trash lumber, plywood, OSB, rigid foam, fiberglass batts, desk drawers (for laying boxes), and the old door I replaced on apartment 2.
Then this morning we went to purchase/ pick up the ducks – a drake and 3 female muscovies. Here they all are in the coop yard – ducks and chickens were introduced at the same time to try to eliminate territoriality. So far things seem ok – the boys protect their girls from any incursions from the other side, just some clucks from the chooks and some whistles from the ducks: 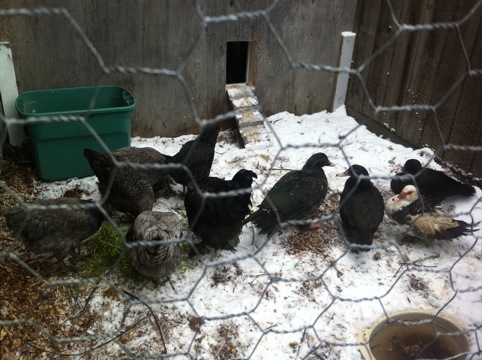 This entry was posted in Uncategorized. Bookmark the permalink.

3 responses to “Snow and moose and ducks”